CIFA initiates and endorses the development of new concepts, products and services by actively lobbying for new state-of-the-art laws and regulations (fiscal, corporate and compliance).

CIFA’s vision is to make Curaçao the gateway of choice, both inbound and outbound, for cross-border international financial services transactions with Latin America, the US, Europe and Asia.

By law IBA was appointed as the representative organization for the International Banking Sector in virtue of Part 1: Section 1: Article 1: Subsection E of the National Ordinance on the Supervision of the Bank- and Credit Institutions of 1994; PB 1994 No.4.

Contact person:
Mr. René Ignacia, Assistant to the Board

Foundation for the Development of the Logistical Sector

SLS offers besides the renowned quality of our exported services, an innovative and integrated approach of facilitating international businesses in an ever evolving market. Curaçao is a pioneer and facilitator in the international flow of goods, services and passengers.

Established in 1884: The Curaçao Chamber of Commerce and Industry is the voice of private enterprises in Curaçao. It represents the general interests of the Curaçao business community, keeps a complete registry of Curaçao businesses and other legal bodies and provides information services to local and international companies with an interest in doing business in, trading and exporting through or from Curaçao.

Services: Chamber’s Investment and Trade Promotion and Business Services Department provides orientation, initial mediation, and assistance for small business, investors and other entrepreneurs interested in doing business in or trading and exporting from or through Curaçao.

Execution of economic legislation: The Commercial Register keeps records of and provides information on registered companies, other legal entities and their activities and issues extracts of company registrations, certificates of origin for re-export, and legalization of authorized signatures and other business related documents.

Advocating private sector interests: The chamber gives solicited and unsolicited advice to governments concerning matters that affect the economy in general and the business community in particular.

The “Vereniging Bedrijfsleven Curaçao” ( The Curaçao Trade and Industry Association) is the representative body of the Curaçao business community, established by employers on July 24, 1944.

Companies and business oriented organizations may join the VBC regardless of their size. The goal of the VBC is to protect the interests of its members so that they are able to fulfill their role in the community in the best possible way. Through the VBC companies can take the lead in expressing their opinions loudly and clearly and at the right moment, jointly, as well as independently. The VBC maintains contact with organizations abroad and with many governmental and private institution.

VBC stands for an open market economy with responsible enterprise and with honest competition; a minimum of government interference in the economic sphere and as great a freedom as possible in the traffic of persons, goods, services, investments and information; the removal of barriers that stand in the way of economic growth and defend the right of any investor to make a fair return on investment; promoting business for it members; to support and stimulate ethical standards and codes of behavior in doing business.

The International Financial Group of Curaçao

The Bank’s most important objectives are to maintain the external stability of the Netherlands Antillean guilder (NAf.) and to promote the efficient functioning of the financial system in the Countries Curaçao and St. Maarten. To realize these objectives, the Bank, as supervisory authority, has frequently recurred to credit control measures and/or to changing the discount rate. The functions of the Bank, explicitly summed up in the Bank Charter, are:

First, the Bank is the only institution entitled by law to issue paper money in the Countries Curaçao and St. Maarten. The Bank also is charged with the circulation of coins.

Third, the Bank manages the foreign exchange reserves of the Netherlands Antilles, which includes regulating of the transfer of payments between residents and nonresidents of the Countries Curaçao and St. Maarten.

Finally, the Bank acts as the government’s treasurer by receiving and making payments from and to the public through the tax collector’s accounts at the Central Bank.

To strengthen the Central Bank’s independent position vis-à-vis the government, the Bank Charter limits the monetary financing of budget deficits to 10% of the central government’s revenues in the previous year. This limitation must be seen in the context of an overdraft facility to meet liquidity deficits of the public sector that result from seasonal variations in government revenues.

Two of the Bank’s basic tasks are to control the amount of liquid assets in circulation (monetary supervision), and to act as the supervisory body for credit and banking institutions operating in the Countries Curaçao and St. Maarten (prudential supervision). Furthermore, the Bank is one of the government’s main advisors on financial and economic affairs.

CIFA’s vision is to make Curaçao the gateway of choice, both inbound and outbound, for cross-border international financial services transactions with Latin America, the US, Europe and Asia.

The Ministry of Finance’s tasks are:

The general objectives of the Ministry of Finance are to:

SLS offers besides the renowned quality of our exported services, an innovative and integrated approach of facilitating international businesses in an ever evolving market. Curaçao is a pioneer and facilitator in the international flow of goods, services and passengers. 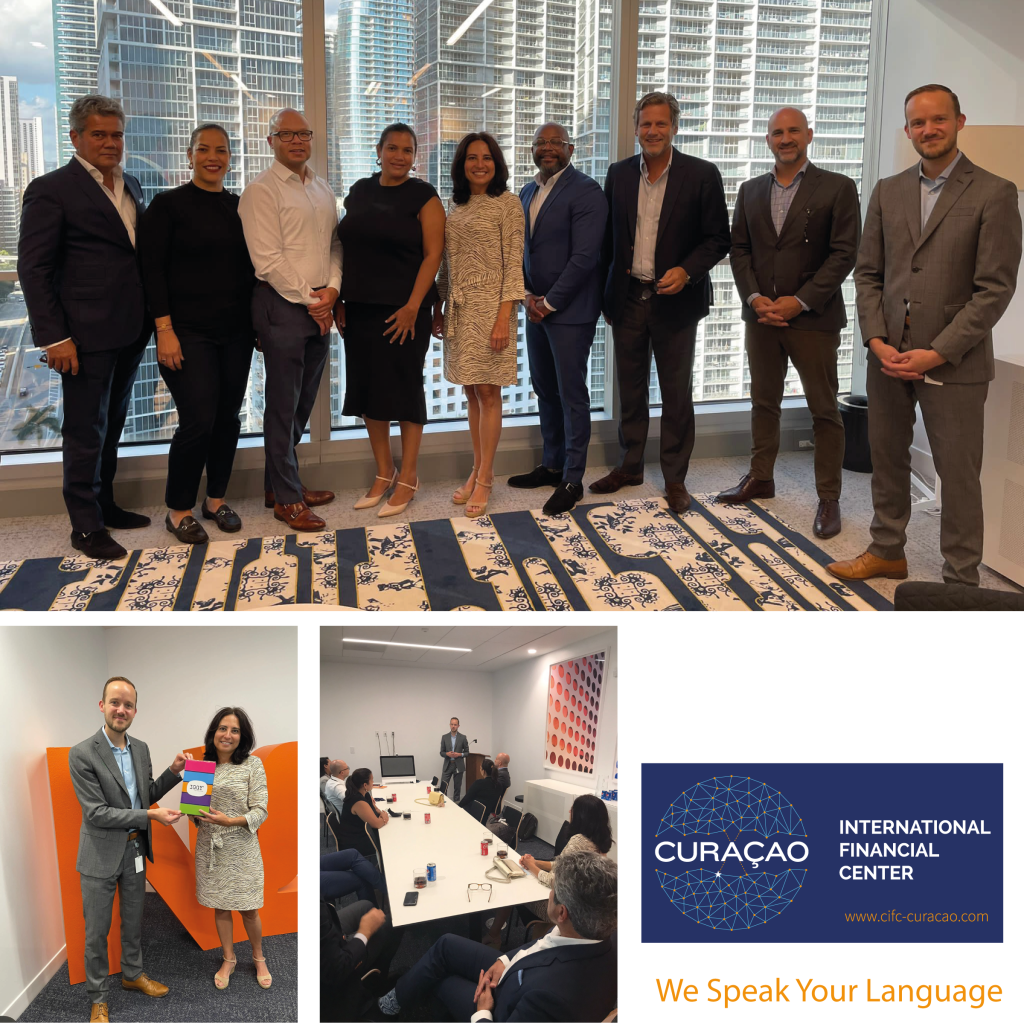 Compliance with international standards of integrity